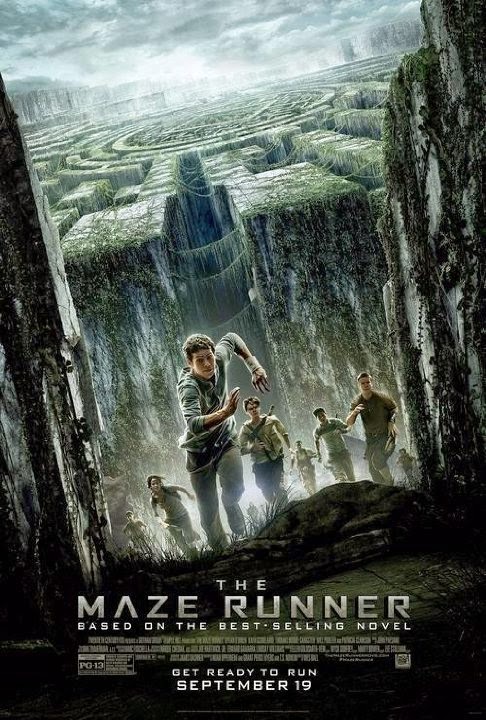 The first film in The Maze Runner franchise was released in England today, and, as can be expected, I was first in line for a ticket!
I read The Maze Runner series of books, including the prequel, earlier this year, and while I enjoyed the first two books, I must say, I was let down slightly by the others. I gave the first book 4 stars on Goodreads, and although it took me a little while to get into it, I did really enjoy it.
I went into the film without too many expectations; I wasn't quite sure what to expect, as the trailer seemed to portray the film in a different way to what I had imagined. Nevertheless, I had high hopes that it would be a good film.
Overall, the film definitely lived up to the high standard I had expected. In fact, I enjoyed it more than I had expected to. I did notice that there were a lot of major changes from the book to the film, so it wasn't an amazing adaptation, but if you weren't comparing the two, it was a great film!
The film is about a group of boys who, one at a time, find themselves being sent to an unknown place they have nicknamed 'The Glade', which is surrounded by huge walls that open every morning, revealing a huge maze. The boys' memories have been completely wiped, leaving them only knowing their first name. When Thomas arrives in the maze, everything begins to change. Soon, a girl, the first girl, is sent carrying a message, which, simply put, equates to- Get out, or die...
To watch The Maze Runner trailer, click here.

The next part of the review will contain major spoilers for The Maze Runner and possibly the rest of the series. If you don't want to view this, please don't read on!

As I have already said, many things were changed from the book to the film. These are a few of the changes...
1. For the majority of the book, Theresa is in a coma, and The Gladers have a hard time coping with her situation. In the film, Theresa is in a coma to begin with, but wakes up after only a day or two. But, I can see why they did this, as it would cut the film time down a little.
2. Thomas and Theresa don't have telepathic powers, like they do in the book. While Theresa is in a coma, she tries to communicate with Thomas using the telepathic powers they both have. This isn't touched on in the film, though I guess this might have been hard to portray well with quite a small budget.
3. Grievers. I was really surprised to see the Grievers (monsters from the maze) on the screen. When I read the book, I imagined them as walrus-shaped creatures with pincers and spikes, as opposed to the film's spidery-robotic looking scuttling things! However, they weren't described in a huge amount of detail, so the film company can get away with this.
4. In the book, The Gladers discover how to get out of the maze by finding a code in the maps when laying them down on top of each other. In the film, they work it out by finding a number pattern from the maze and use this to unlock a passage out of the maze. The book's version of the code is more clever and intricate, but I think the way the film has done it also works well, and is easier for viewers to understand.
5. Gally dies at the end?!?! In the book, after Chuck steps in front of Gally's knife aimed at Thomas, Gally is knocked unconscious by Thomas, but isn't dead, and features as an important character in later books. However, in the film, Minho stabs Gally after he shoots Chuck, and we see him dead at the end. My first thought was that he was actually unconscious, rather than dead, but he doesn't appear to be on the cast list on the sequel, on IMDb, so I'm interested in seeing how they pull the other films off without him.

This was just an adaptation though, so we can't expect it to be a complete copy of the book.
Overall, I was really impressed by the film, and the acting was great (from Dylan O'Brien and Thomas Brodie-Sangster especially!!)

I think The Maze Runner deserves 4 out of 5 for the film. As for an age-rating, I think it would be suitable for age 12 and above, depending on the maturity of the person. There is little bad-language, but there are some quite violent scenes and some of the suspense scenes even had me on the edge of my seat!!

I'm really looking forward to the film coming out on DVD, so I can watch it again!

That's it for the moment! Goodbye!!
Charlotte xx

A North Shore Story
by Dean Economos
tagged: i-cried and 2016

Everything, Everything
by Nicola Yoon
tagged: 2016, favourite-books, and i-cried

The Infinite Sea
by Rick Yancey
tagged: favourite-books, i-cried, and 2016

This post has been a long time coming, and, due to a massively busy schedule, I had to take a little break from reviewing for the last two m... 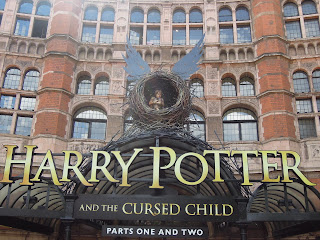